Since its founding in 1945, New Castle School of Trades (NCST) has become one of the premier trade schools in the Pennsylvania and Ohio area. Over the last 75 years, NCST has evolved from educating students into competent tradesmen to training students to become more sophisticated and innovative craftsmen who will be tomorrow’s highly skilled technicians.

Over the next twenty years, NCST would expand to become one of the most highly sought-after trades schools in the area. Over the years, the Pennsylvania trade school made solid strides to expand its program offerings. In 1973, NCST was awarded an accreditation by the Accrediting Commission of the National Association of Trade and Technical Schools (ACCSC). Then in 1982, it was approved by the Pennsylvania Department of Education to offer its students the Associate in Specialized Technology Degree for Electrical Technology.

A MESSAGE FROM NCST’S PRESIDENT 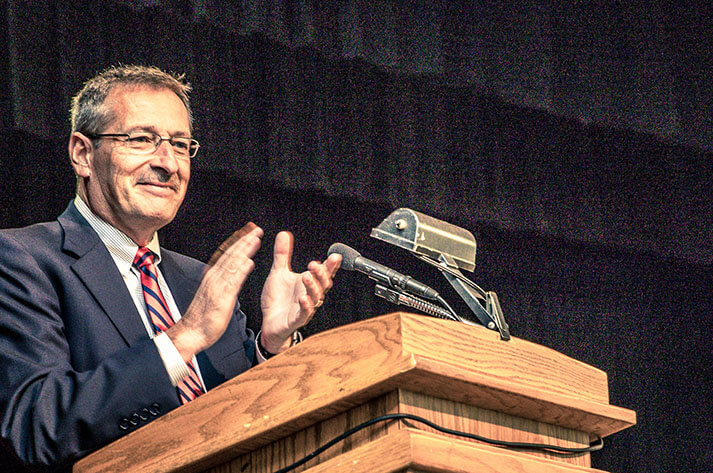 “There are very few decisions in your lifetime that are more important than the decision to enhance your skills.

Our training programs are designed to enhance your talent and provide the most direct route to your new career. The programs are practical and intense. They result in the attainment of viable measurable skills- skills you can use from the very first day of your career! We invite you to let us show you our commitment to helping you realize your dream.”

In 2016 New Castle School of Trades opened a branch campus in East Liverpool, Ohio. The East Liverpool Campus is two historically renovated buildings which formerly housed the Ogilvie’s Department store and a Woolworth’s store at 127 and 129 E. Fifth St. The new building is approximately 50,000 square feet where the first and second floors are divided into labs, classrooms, a learning resource center, and offices. There are six classrooms with seating capacities of 24 – 40 students each. All training areas are equipped with applicable tools and equipment. The East Liverpool Campus offers Combination Welding, Commercial Truck Driving, Industrial Maintenance, and Refrigeration & Climate Control.

BE PART OF NCST’S HISTORY OF SUCCESS

Over the last 75 years, NCST has produced some of the most highly skilled tradesmen and technicians in the Pennsylvania-Ohio area. Continuing to practice “hands-on” training in many lucrative trades. New Castle School of Trades has graduated thousands of qualified trainees for successful employment in various industries. NCST is 100-percent dedicated to its students’ success. If you’re thinking of attending a trade school in the Pennsylvania-Ohio area, or the general Youngstown-Warren-Boardman area, NCST is a great choice.

Learn more about the New Castle Trade School training programs in Pennsylvania and Ohio by calling us at 1-833-352-0808.